was launched in 2014 and is a free, independent, not for profit web magazine with news, views, features and information from the piping and pipe band worlds. Email your news to editor@pipingpress.com or text 07957818672. Opinions expressed are those of the writer. 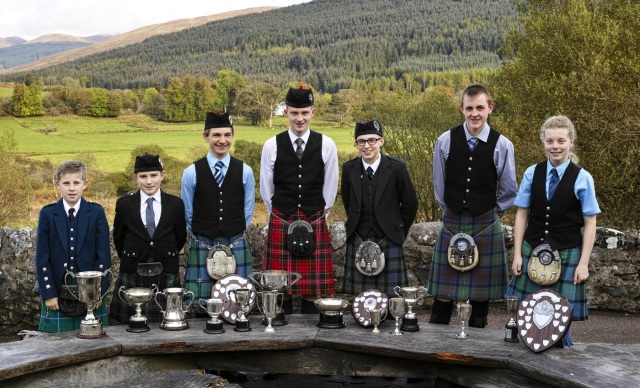 David E Rischmiller reports: The annual Strachur and District Piping Association juniors piping competition was held again on Saturday 11th October 2014 at Strachur Primary School, Cowal, Argyll. This compertition has run for over 40 years and attracts competitors from well outside the Argyll area. This is a popular event with competitors and numbers were again very healthy. An important feature of the competition is its Piobaireachd events to encourage juniors into this aspect of the music.

Photograph of prize winners above.

The association are particularly grateful to their sponsors for this competition: MacCallum Bagpipes, James Begg, College of Piping and the National Piping Centre. Without this support contests to promote junior pipers would be much more difficult.